The best collection of kettlebell videos on the internet!
You are here: Home / / Can Going Gluten-Free Help You Lose Weight?

This is a contributed post about going gluten-free by Bridget Sandorford with Culinaryschools.org

The world’s most popular grain is changing into something else—and you should be concerned.

According to cardiologist Dr. William Davis, modern wheat is a “perfect, chronic poison,” “an 18-inch tall plant created by genetic research in the ‘60s and ‘70s.” Davis told CBS This Morning that a new protein in genetically modified wheat called gliadin (not gluten) acts as an opiate, binding to opiate receptors in the brain to stimulate appetite. “We consume 440 more calories per day, 365 days per year,” he adds.

Why the fuss over GMOs?

If you’re a California resident—or just a food enthusiast—you probably heard about Proposition 37, which would have forced all genetically modified foods to be labeled as such (Proposition 37 was defeated). Why do we care about GMOs? Research in long-term effects of its consumption are in its infancy, and results on short-term effects are nothing short of terrifying, ranging from reproductive problems and sterility to disruption of major organs like the kidneys and liver. Some studies say, however, that there’s nothing wrong with GMOs. And that’s the problem: results are so skewed by financial ties to agribusiness giants like Monsanto (which illegally misused a government seal in a media campaign to oppose Prop 37, by the way) or to so-called alternative medicine quacks that, really, it’s all nothing short of a hot mess.

Davis, however, claims that GM wheat is lining agribusiness pockets with money and our bellies with fat. But it wasn’t always so—because Grandma’s wheat wasn’t genetically modified. With population higher than it was those generations ago, it’s not likely that mainstream farmers will go back to natural wheat, either, since it yields less per acre.

From the article, it’s not clear exactly what kind of diet Davis’s subjects are on, or if we can attribute their weight loss totally to the gluten-free diet. It’s more likely, in fact, that by going gluten-free, their entire outlook on diet has changed, triggering a chain reaction of successive healthy choices.

For example, to avoid wheat and glutinous products, Davis suggests that we eat “real food,” like avocados, olives and olive oil, good meats raised on proper food rather than corn (the majority of meat outside of a farmers’ market), and whole vegetables – all foods “least likely to have been changed by agribusiness.” Once we start caring about that, we start caring more about food raised on local farms. What’s at farmers’ markets? Lots of fresh vegetables and fruits.

But what about whole wheat? We’ve been hammered over the head with instructions to eat whole wheat foods, but Davis rolls his eyes. “All that literature says is to replace something bad, white enriched products, with something less bad, whole grains…. So I take…unfiltered cigarettes and replace with Salem filtered cigarettes…. It’s a deeply flawed logic.”

Regardless of whether Davis’s subjects are losing weight purely by going gluten-free or from a variety of other factors, we can take from all this a little hint: it’s not just about what you work off at the gym, it’s also about what you put into your body at the table.

I’ll speak for myself: to eliminate chronic health concerns, I spent a good amount of time on a combination of several strict diets – gluten-free, sugar-free, meat-free, dairy-free, GM-free – and have seen drastic results. The sad thing is that strict diets are impractical and never last, so it’s best to do everything in moderation. Except junk food. (Seriously, just stop that.)

If you’re interested in going gluten-free to shed some pounds, start slowly by incorporating more non-glutinous foods into your meals and slowly substituting wheat foods for non-wheat varieties. The easiest step is arguably switching to brown rice rather than white pasta, or even using brown rice pasta.

Just be sure your rice isn’t GM, either. (Hey, no one said it would be easy.)

About the Author – Bridget Sandorford is a freelance writer and researcher for Culinaryschools.org, where recently she’s been researching culinary colleges. In her spare time, she enjoys biking, painting and working on her first cookbook. 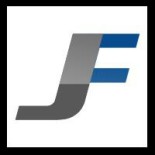 This post was written by a contributing writer. Please see their details in the post above. If you'd like to contribute JohnnyFit check out our Contribute to JohnnyFit page for details about how YOU can share your tips with the community.

Let's hear what you have to say about this! Cancel reply

Join thousands of other fit trainees.